Thank you for your cooperation during these uncertain times,

Born in San Juan, Puerto Rico, Dr. Sanchez holds a Bachelor’s degree in Business Administration and in Human Biology from the University of the Sacred Heart in San Juan, Puerto Rico. His Doctor of Chiropractic degree is from Parker University in Dallas, Texas. He is also Certified in Acupuncture and Non-Surgical Spinal Decompression from Parker University. Dr. Sanchez is an experienced Chiropractic Sports Practitioner, and has provided chiropractic care to hundreds of elite class athletes at Bolivarian, Central American & Caribbean and Pan-American games.

Dr. Sanchez has taught Clinics at Parker University and Clinics and Chiropractic Sports Medicine at Universidad Estatal del Valle de Ecatepec (UNEVE), a state university in Ecatepec, Mexico. At UNEVE, appointed by the Secretary of Education, he directed the chiropractic program for four years. At Parker University he created and administered the External Programs Department during ten years. The department included Community Based Internships at more than two dozen chiropractic clinics in the Dallas/Fort Worth Metroplex, as well as rotations at the VA Hospital in Dallas, Cancer Treatment Centers of America in Tulsa, Colombian Olympic Committee in Bogota and Costa Rican Olympic Committee in San Jose.

As an international chiropractic advocate and speaker, Dr. Sanchez has spoken regarding education and sports in chiropractic in the United States and around the world in; Canada, Spain, Mexico, Argentina, Chile, China, Costa Rica, Colombia, Brazil, Panama, Puerto Rico, and the Dominican Republic. He was invited by the WHO to present at their Congress on Traditional Medicine Symposium on Manual Methods of Healthcare held in Beijing in 2008.

Dr. Sanchez is currently the President of the Education Commission for the Latin American Federation of Chiropractic and has being consulted and reviewed chiropractic academic programs in Mexico, Spain, Argentina, Chile and Brazil.

Dr. Sanchez resides with his wife Tamara in Arlington, Texas, and when he is not seeing patients, he enjoys playing the guitar and working in the yard. 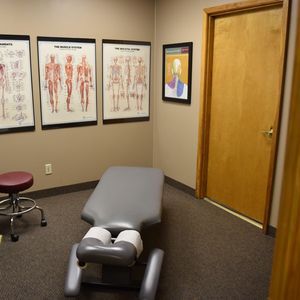 Texas Injury Clinic is the premier destination for patients who need advanced, non-invasive care to relieve their painful symptoms. Our highly trained chiropractors are up-to-date with the latest treatments and are members of prestigious organizations:

If you want to manage and relieve your pain for good, schedule a consultation at our practice online or call us at (817) 624-7222.

I came to TX Injury Clinic after a VERY serious car accident in 2015, and the team there was instrumental in my recovery! Everyone always has a great attitude and encouraged me to push my limits.

*Disclaimer: results are not guaranteed, may not be permanent, and can vary per individual. Some images are of models, not actual patients.